I had just been thinking there hadn’t been a full patch released for Incarna yet, when one popped up as being scheduled for tonight.  Patch notes:

A couple items I had raised in a recent post appear to have already been addressed – namely a page counter being added to the Agent Finder, and that you will be able to search for Agents via Region and Solar System.

Some fixes are more bemusing – such as “Salvager modules will no longer receive bonuses meant for tractor beams.”  Do the T2 Salvagers fitted to my Noctis currently an extra long range?  I was almost inclined to log in and see, but work calls. 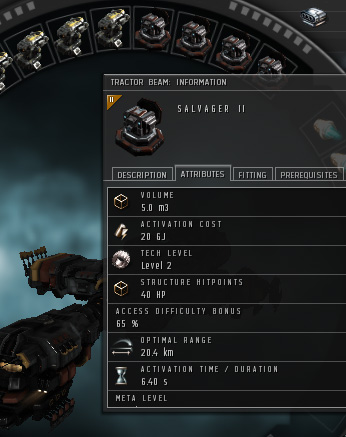 (Fake Edit – I logged in to check, and my Noctis Salvagers currently have a range of 20.4km!)