EVE’s latest expansion “Invasion” has gone live, with the Triglavian’s moving into known space in a Sansha Incursion type of way.

I was up at 4am this morning with another serious headache, so while I waited for the painkillers to start working I updated my EVE client and logged in. I found myself, well, invaded. 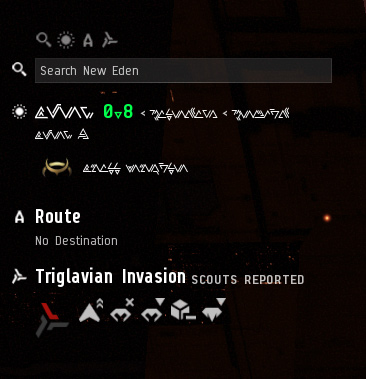 The system info panel was in Triglavian. 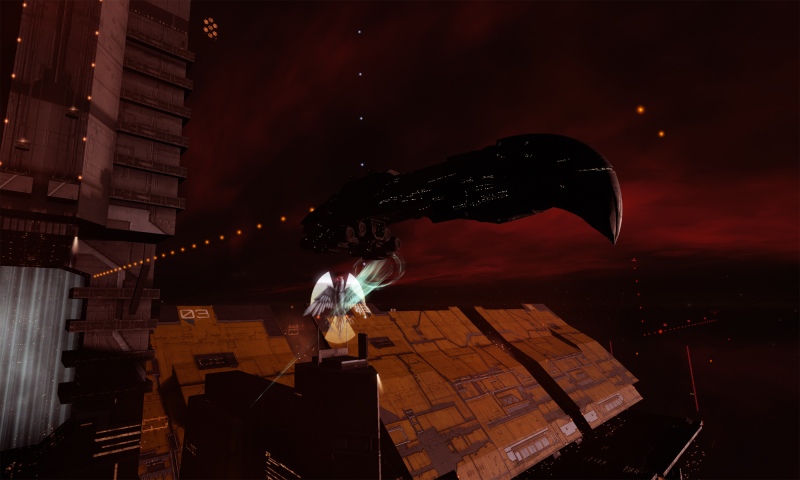 The tone of space had gone from a brown yellow to red. 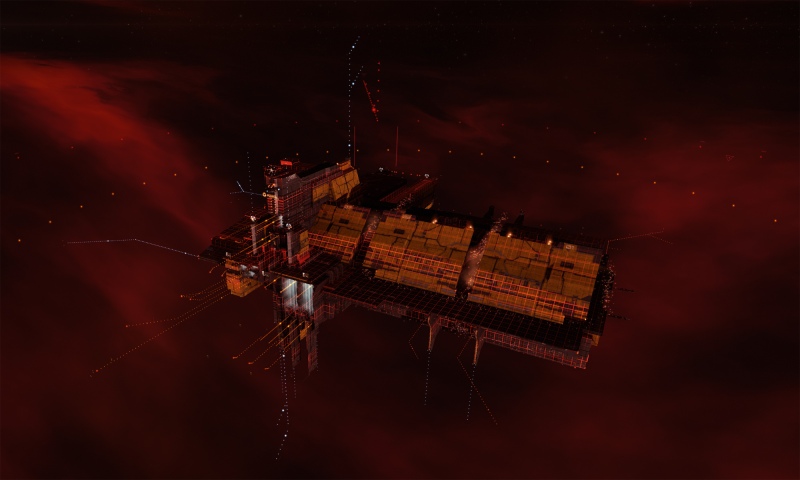 And my Azabel looked different (I think it was being scanned at the time). 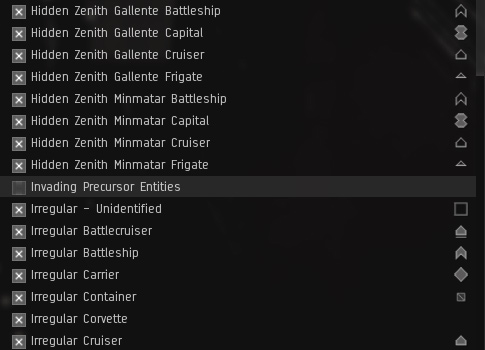 There seemed to be only one main thing I had to update in my overview settings – “Invading Precursor Entities”, to see the new NPCs. There were also some asteroids that may (or may not) have turned up with the same update. 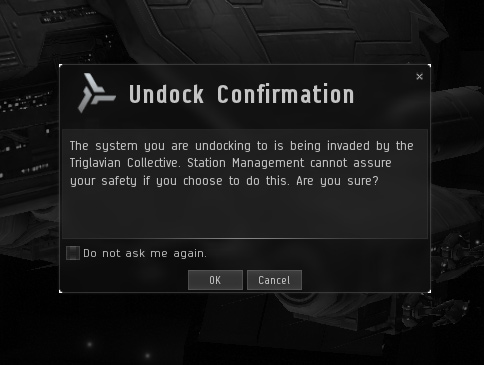 You also get this pop up when you undock – and I assume also when you move through impacted gates. That suggests you might not be able to ignore an invasion as you can – for all intents and purposes, Sansha Incursions. In line with this I noticed people commenting about Triglavians camping gates.

I did not engage any of the NPCs I came across – simply as I don’t know what impact negative standings might have. Similarly I did not engage the NPCs from my Azabel. There were some NPC frigates flying around the stations scanning things – but I left them alone and they appeared to leave me alone.

I stayed logged in for a while – watching the invasion chat channel and local.

Some of the locals attacked Frigates on a station and had extra NPCs warp in on them. The suggestion was this little engagement was very difficult to solo, with the pilots having to warp out or dock up to save themselves.

Mostly however I was left in the system alone. Whatever content was available in a Perimeter System didn’t seem to be attracting many players.

I noted you could salvage the NPCs once killed – although it was remarked several times it was more lucrative to loot the destroyed player wrecks instead. It was also commented at one point that Concord still turned up to destroy a Suicide Ganker.

While flying around I happened across this fleet in a belt: 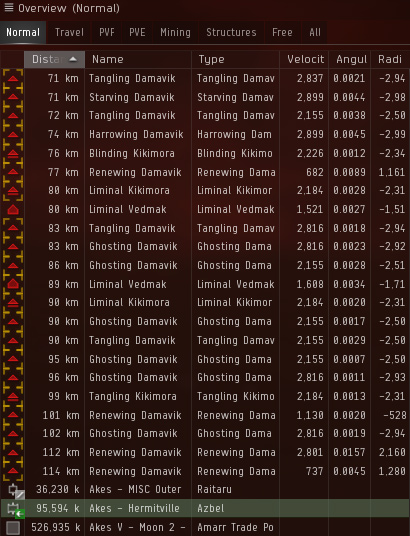 I was almost instantly locked and had them close range at 2K+ m/s. I warped out ok, but they had closed a lot of distance in a short amount of time. Knowing some of them scram, I can see how easy it could be to lose a ship.

About 15 hours after the expansion went live the status of the invasion in my area changed:

“The World Ark is no longer detected”.

I’m not sure if they managed to complete the invasion.  Whatever changed, it did not clear the NPCs quickly.

There were apparently public fleets of up to 40 operating in the Foothold system.

So, some mild excitement.

I’ll have to wait to hear / see / read some of the feedback on just how interesting and well balanced CCP has got this.