CCP is giving away more free Skill Points (amongst other things) with their Black Friday Log on boosts.

Log in daily between November 27th and December 3rd to collect.

I don’t recall a previous period where CCP has so regularly given away free stuff before.

CCP’s latest patch this week incorporates changes to how Bookmarks are managed and shared.  It also seems to have stopped my ESC key from bringing up the EVE client settings window.  That is the way I have always logged off the game.  Now I seem to have to use the Neocom menu.

In what I assume is part of their Chaos Era, CCP has also announced its version of player run SOMER Blink / Raffles / Gambling / Microlotteries.  It should be in game on December 10th.

One of my pet theories is that the more spin and hype in a CCP article, the more contentious the change.  This article has statements like “today there is great excitement”, “will stimulate the economy of New Eden by increasing the trade velocity of items”, and “the potential increase in access to coveted items for players through asset redistribution is also a very exciting prospect!”.

This new feature is called the HyperNet Relay.  It allows you to run your own Raffle by paying CCP (directly via the New Eden Store or indirectly via the market) a fee based on the value of your Raffle, in a new item (currency?) called Hypercores.

I wonder what the scam to valid lottery ratio will be?

The feedback thread is here, and promises much:

Having said that – remember this? 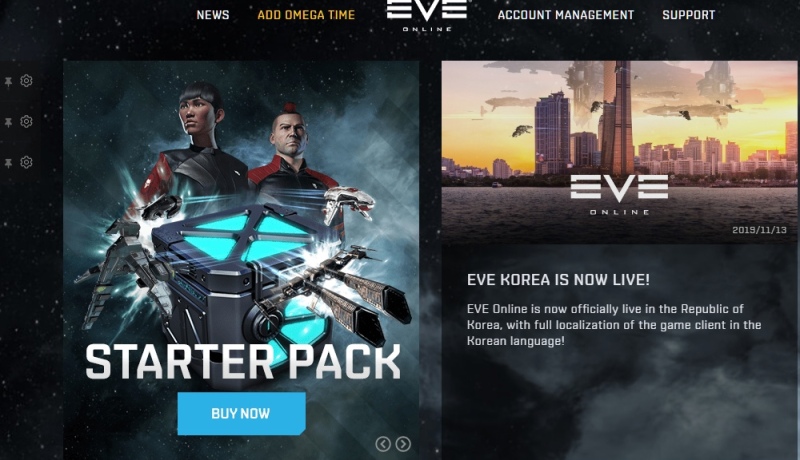 The Starter Pack that comes with 1M Skill points that there was such a huge player furore over?  The one CCP suggested they would reconsider?  It still gets advertised on occasion on the game launcher, including just the other day, and players no longer seem to notice or care.

In all honesty I am not fussed by this “feature”.  I might use it a handful of times for my own amusement, but otherwise I will ignore it.  My mind boggles however at the can of worms CCP is opening for themselves.  Even ignoring the initial player aggravation, there are all the complexities such how legal it is in each individual country, problems related to gambling additions, and so on.  Why would CCP go down such a path (aside the obvious hoped for profit)?

COPYRIGHT NOTICE EVE Online and the EVE logo are the registered trademarks of CCP hf. All rights are reserved worldwide. All other trademarks are the property of their respective owners. EVE Online, the EVE logo, EVE and all associated logos and designs are the intellectual property of CCP hf. All artwork, screenshots, characters, vehicles, storylines, world facts or other recognizable features of the intellectual property relating to these trademarks are likewise the intellectual property of CCP hf. CCP hf. has granted permission to evehermit.com to use EVE Online and all associated logos and designs for promotional and information purposes on its website but does not endorse, and is not in any way affiliated with, evehermit.com. CCP is in no way responsible for the content on or functioning of this website, nor can it be liable for any damage arising from the use of this website.
Follow Evehermit on WordPress.com
Loading Comments...
%d bloggers like this: