And a little more we get

CCP are re-introducing the Christmas Jump Filaments – but this time making them a permanent part of the game.

The filaments jump a fleet of players directly into a random Nullsec system.  There will be 6 different types of Needlejack Filament, that will be able to move 5, 15 or 25 players. Some will be found in exploration sites ready to go, others will need to be built from BPC, and some will be given out during events.

They will be available in less than a week.

I imagine this could aggravate some who live in Null Sec – they can’t defend against these with choke points, Intel channels or mapping opening wormholes.  On the other side it is random, and the pilots using these can not peep through or retreat back like a wormhole.  Null Sec residents quick to form response gangs might find it a source of extra PVP.

Even I can see a use for these – randomly dropping me in Null Sec to do a bit of ratting or exploration.  I would just be hoping to land in a quiet area of space instead of a populated one.

Though this isn’t a brand new feature, I think it becoming permanent adds something overall positive to the game.  Good stuff CCP.

Can we have some more?

CCP have announced that in late March all Battleships will get a Frigate Escape Bay fitted.

It will hold one fitted Frigate, be that T1, Assault, Electronic Attack or Logistics.

If the Player’s Battleship hull gets destroyed, “instead of being ejected in your capsule and left helpless, you will launch immediately back into combat aboard your Frigate!”

Assuming they get the timing / transition right, I applaud this.  Not because it will likely make a difference to my game, but because I feel this is the sort of change CCP should be focusing on.  A new tool for the sandpit.  One with a myriad of different ways for players to use, abuse, or stuff up with.  One that changes the game and makes it more unpredictable, but probably without tricky balancing needed.

It gives me a glimmer of hope.  Can we have some more please?

The nerf to Asteroids was larger than I expected. CCP is really going after their target of mineral shortages.

People are complaining, although as most of them are Industrialists, the yelling isn’t quite as loud or as vicious. Ironically Carebear tears seem less salty, although I don’t doubt their resolve is similar to those doing PVP.

People seem to be forgetting that this is just a phase. It will probably take a few months, but CCP does aim to return with a new mineral resource allocation scheme that will become dynamic.

Maybe players should just make the most of the chaos. Squeeze maximum profits out of the stockpiles. Adapt.

More worryingly for me was this little remark on Dunk Dinkle’s short summary of the Feb 7th CSM Update.

That is where I feel CCP is truly at risk of destroying their own game. EVE is meant to be a sandpit.  CCP should be focused on providing a wide range of well balanced tools for the players to work out how to use as they see fit.  Their incessant attempts to manipulate their players is annoying and alienating, and is eroding what made EVE special. 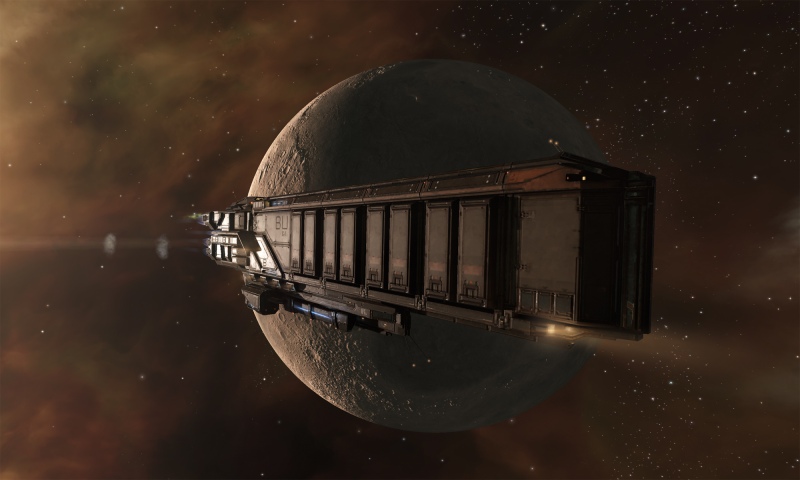 Meanwhile I am busy warping all over 5 different regions, picking up all the minerals I purchased.

When tweaks make an impact

I have never been that impressed with CCP’s tendency to call tweaks and game balance changes new content.  They can require you to adapt, but that is not the same as new in my eyes.

CCP has released a DEV Blog giving an overview of what they are looking to do with mineral distribution in EVE.

First they are looking to introduce shortages, then re-distribute minerals, then introduce a dynamic distribution.

That last phase will be new game mechanics.  The first two stages are tweaks.  The tweaks however require such a level of adaptation that they could move them into the new content area.

The latest Patch held these changes:

The next step in a month is changing how minerals are distributed on moons.  The plan is to remove all basic ore types from moons and adjust the volume and yields.

The shortage stage is to allow CCP to gather data.  The problem I see is that there are huge stockpiles of minerals, mostly in the hands of those already rich.  This will just make them richer.

I checked my own mineral stockpiles and they were lower than I normally keep them.  Always the way.  I like having up to a billion ISK in minerals laying around so that I can cover the build of most items I might suddenly need without too much thought or running around.  Knowing I had already missed the boat, I checked the markets to find almost all reasonably priced minerals in volume had already been brought up.  I’ve covered 3 regions so far and still can’t find Isogen or Nocxium.

I suspected these changes were afoot – but had not got off my backside to prepare.  Oh well, at least I have a reason to undock for a week or so.

Chaos, but not the type I will complain about.

The Elephant in the Room

As anyone who plays EVE would know, Tranquility has been under regular Distributed Denial of Service attack (DDoS) for the last couple of weeks. This is where the game’s internet facing services have been flooded with traffic to try and overwhelm them.

This traffic generally comes from networks of compromised devices connected to the Internet. Each of those devices will have had hidden software loaded through security holes or virus payloads, that can be remotely directed to perform actions such as sending traffic to targeted addresses. Large numbers of these devices that are grouped together are called Botnet’s. While the traffic each individual device can send is inconsequential, the sum of all the traffic from all the devices can be overwhelming.

The owners of these devices are generally unaware of what they are quietly doing in the background. Even if you do the right thing and keep your PC or laptop updated with the latest security software, you could have a modem, or router, or TV, or gaming console, or Fridge, or Smart Home system compromised, particularly if they are a little older and no longer get firmware updates.

DDoS attacks could be triggered for a laugh, boredom, to cause inconvenience, for revenge, to inflict reputational or financial damage, to extort, to spread a message, and so on. These Botnets can be used by Military, Political and Criminal groups. They can also be rented out by individuals for very little money. Forgo buying lunch for a day and you could cover the cost a DDoS attack on some random organisation you are grumpy at. Paying for a two week long, somewhat sustained attack on Tranquility would be more costly, but likely surprisingly affordable.

EVE Players have been experiencing login issues to the game, forums and chat channels, lag and disconnections. For many the game is unplayable.

CCP will be using internal resources and engaging one or more external partners to try and mitigate these attacks. After this amount of time, they will probably have also involved law enforcement. Simplistically CCP will be trying to upscale the resources available to handle all the incoming traffic, and as precisely as possible, disregard all the traffic that is invalid. In the longer term they may also be looking at ways to change their system design to make it more robust or to more easily identify valid traffic.

The precision of some of their attack mitigation efforts is not perfect, and it is apparent valid players are at times being negatively impacted by them.

There is a “Mega” Forum thread about it here.

It is also being discussed just about everywhere EVE is talked about.

There are a lot of people very angry at CCP and demanding to know what compensation they will get. They are paying money to access a game that they cannot play properly.

I don’t personally have that view. I am sure CCP are spending a lot of time and money on trying to get on top of the situation. If I thought it was plausible, I would want crime compensation from the perpetrator/s, not the victim. 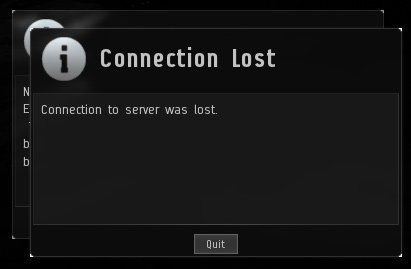 Having said that – my care factor is pretty low. I am currently in a rut with EVE. There is nothing on my To Do List, nothing I am particularly keen to investigate, and nothing in the pipeline I am looking forward too (what pipeline?  I’m looking at you https://updates.eveonline.com/). Not being able to play EVE for the last fortnight hasn’t been much of a bother.

The whole thing does however concern me.  Ignoring the immediate costs to CCP, it will be impacting new players trying to join the game, it will be angering lots of already unhappy players, it will be training bitter vets not to log in, and it will be distracting CCP from working on the game.  I would not underestimate how much damage is being done to EVE each day that the attack manages to remain impactful.