I managed to undock over the weekend. It seemed to have been a while. 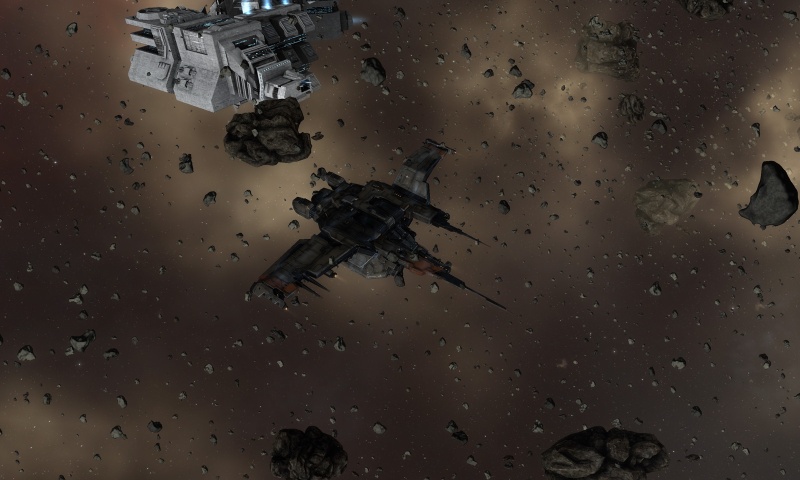 I started the Caldari EPIC Arc, but am not that far into it. The Gollum isn’t as quick to fly around space as the Nestor, but it didn’t feel that much of a chore to move.

I got to use a Microjump drive for the first time, which was interesting enough. I haven’t used Bastion mode yet however. The tank in the earlier missions has held up fine, and I was very surprised that with a single target painter the cruise missiles made short work of elite frigate NPCs.

I did have another note – “what’s up with the Epic Arc Stations not having repair facilities. Bastards”. This mainly related to having to visit different stations to repair drones.

The Skill Point transfer suggestion from CCP seems to have kicked up a big fuss. I’ve noted some well written blog posts covering the for and against arguments. It is not something that I’d use on my Main (176M SP) or Main Alt (165M SP), but I might use the mechanism if the price is ok to quickly upskill one of my Alts (44M, 22M, 15M and 5M SP) – particularly if it encourages me to try something different in game. All told I come down on the “no overly bothered, go ahead” side.

CCP Fozzie (who seems to have been quiet of late) is in a CCP video announcement:

We are getting more new hulls than expected. There is the already mentioned Discovery Ice Mining Frigate (looks more workable than the Prospect, but not sure I will find a practical use for it), the 4 T2 Destroyers with area effect Microjump drives (something else I am not likely to use), plus 8 hulls not mentioned before – 4 T2 Logistic Frigates and 4 new Navy Electronic Warfare Frigates. The last hulls have an unusual mix of damage and (restricted range) EW buffs.   (Again, I’m not likely to use those last 8 hulls either.)